Dupaco Community Credit Union will host a virtual walkthrough of Dupaco Alley at 12:30 p.m. CT Dec. 7. You can follow the tour at dupaco.com/voices or through the credit union’s Facebook page.

After the virtual walkthrough, Dupaco Alley will remain permanently open to the public.

“This is the first time in nearly 100 years that this complete stretch of alley has been open to the public,” said Joe Hearn, Dupaco president and CEO.

A grand opening celebration for the Dupaco Operations Center and the Dupaco Voices Building will be set in 2021.

Renovation work at the building remains on schedule to be completed by the end of this year.

Several dozen employees will move into the operations center later this month. But the COVID-19 pandemic will slow the transition of nearly 200 employees to that location until later.

Once completed, Dupaco Alley will become the main entrance to the Dupaco Voices Building. It will also provide bicycle parking and multiple access points to storefronts on both sides of the alley.

The mostly covered alley stretches 264 feet long and 19 feet wide. And with electrical outlets added during the building’s renovation, the illuminated alley can accommodate live music, outdoor dining and even food trucks.

“This is truly a unique space in the Millwork District and Dubuque,” Hearn said. “We’re excited to have the public experience the beauty of the building, which will be home to Dupaco employees and future business and retail tenants.”

Hearn said there has been a lot of interest in leasing the first and second floors of the Dupaco Voices Building, which will potentially feature a mix of retail, entertainment and community space.

History of the pedestrian walkway

Dupaco Alley and its iconic archway mirror the Caradco Building’s archway across 10th Street. It was infilled with cement blocks to serve as a loading dock in the mid to late 20th century.

The cement blocks and garage doors that displayed the Pink Lady mural were removed in June 2019 as part of the renovation process. But the heart of the mural will return to the building on permanent display inside the alley-level Dupaco Voices lobby. 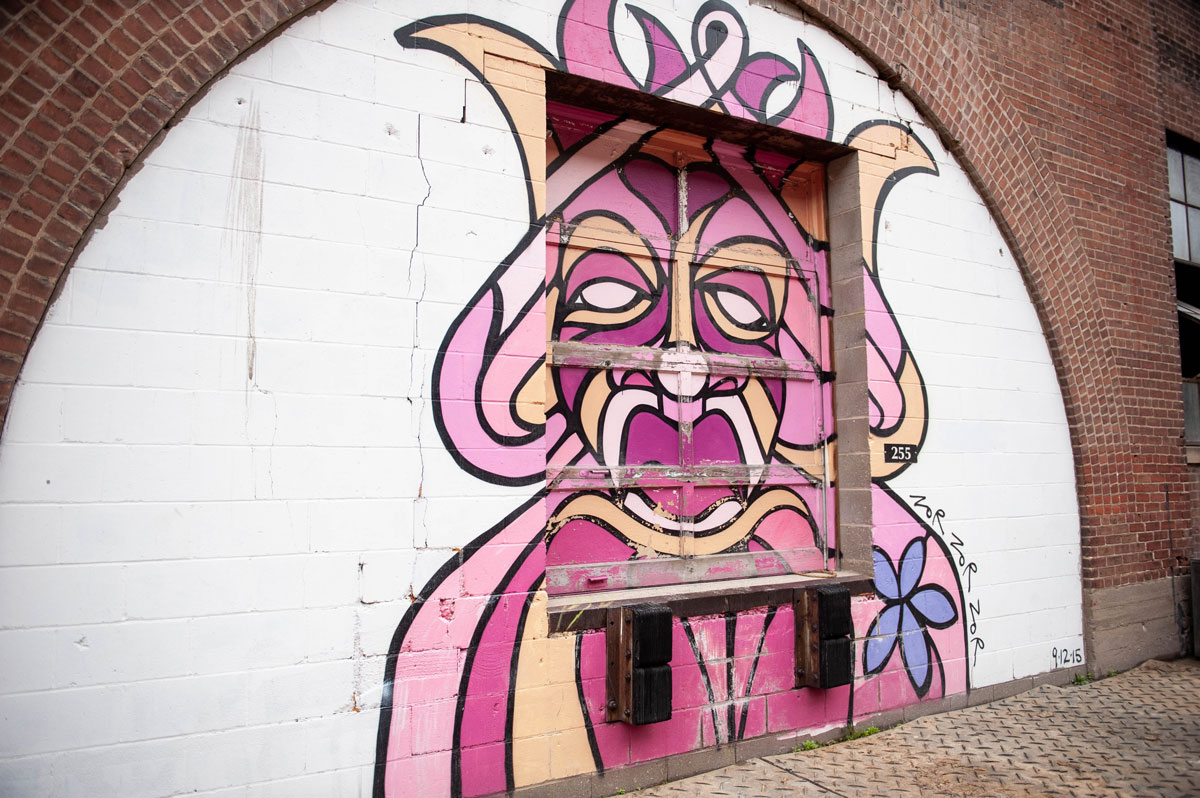 The pedestrian walkway starts at East 11th Street and crosses East 10th Street. It connects the already open alley and courtyard running through the Caradco Building. The alley continues south to East Eighth Street and north past the Marriott, through Dubuque’s green alleys to Comiskey Park at East 24th Street.

The 174,670-square-foot, five-story Dupaco Voices Building was originally built in 1924 as part of the Carr, Ryder & Adams Manufacturing Company. Dubuque’s Millwork District was the largest maker of windows, doors and cabinetry in the United States. 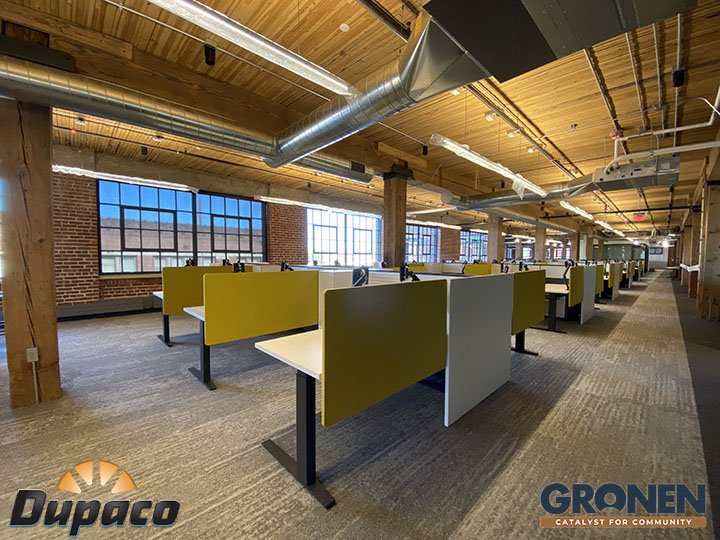 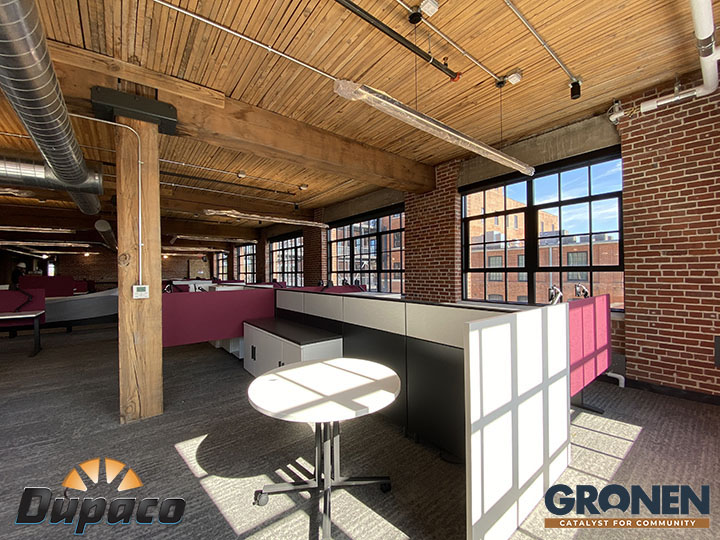 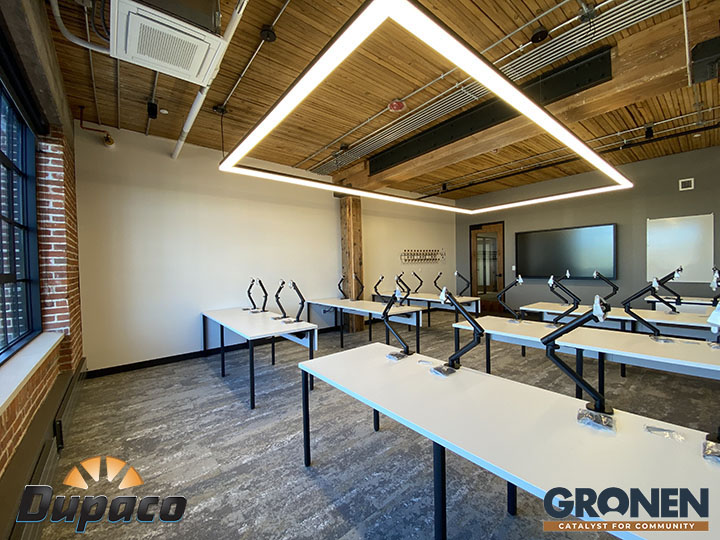 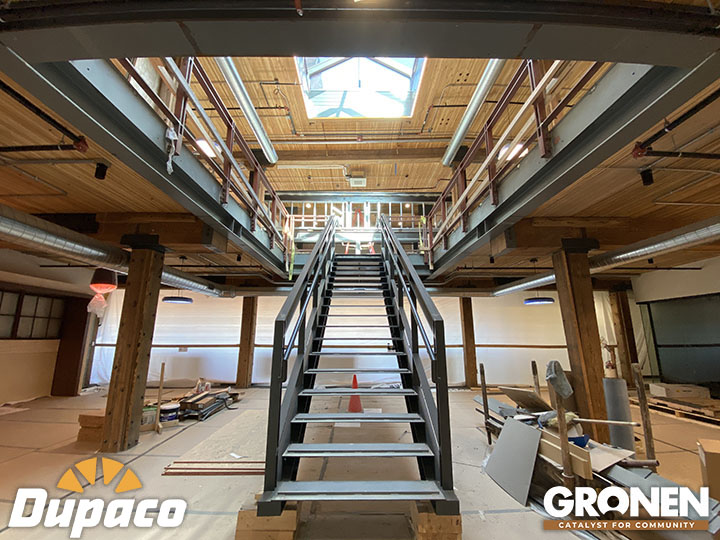 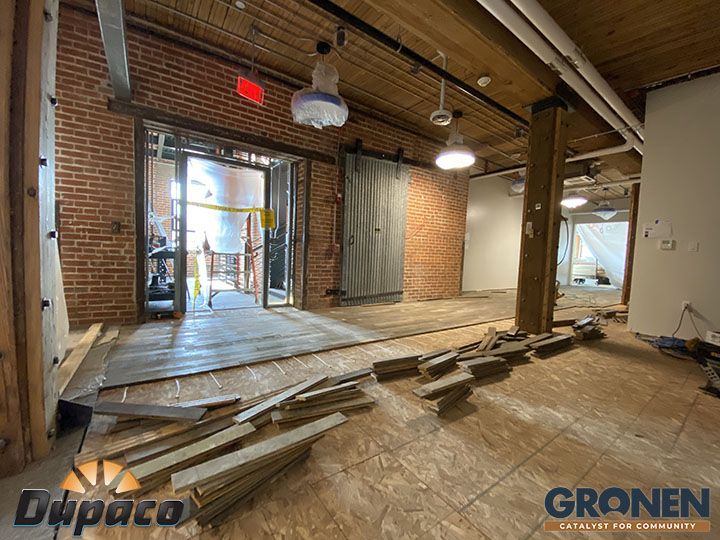 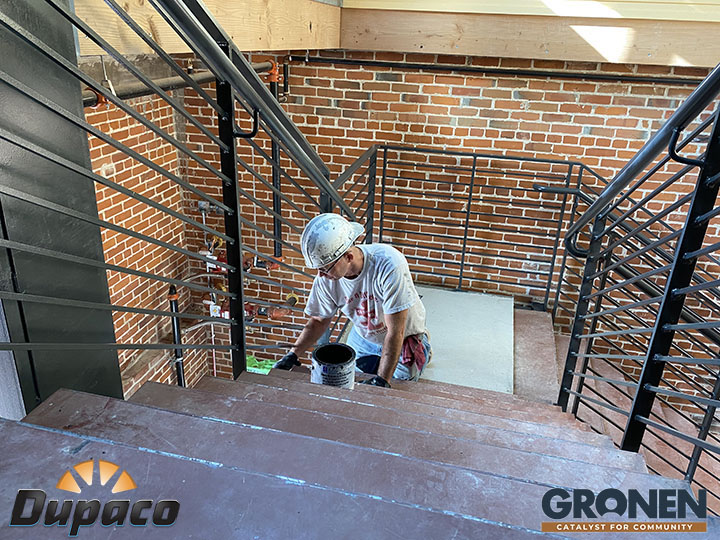 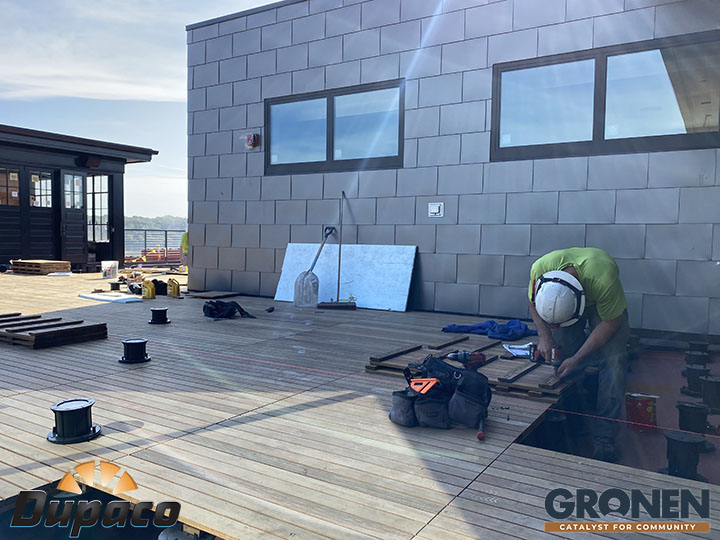 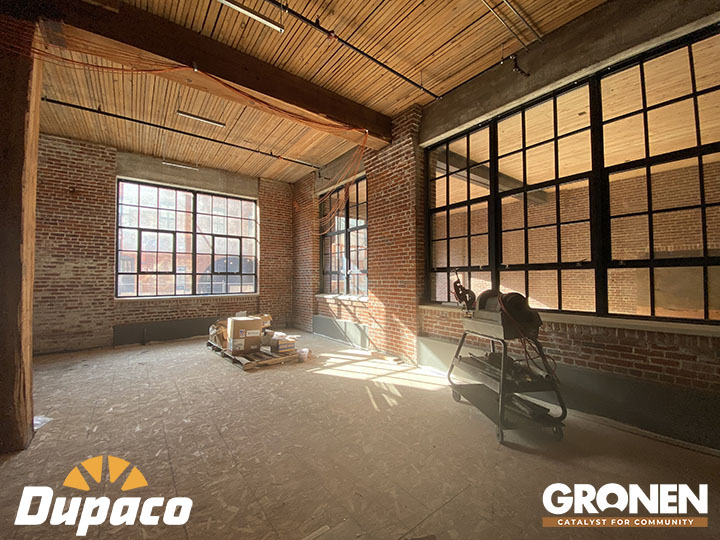 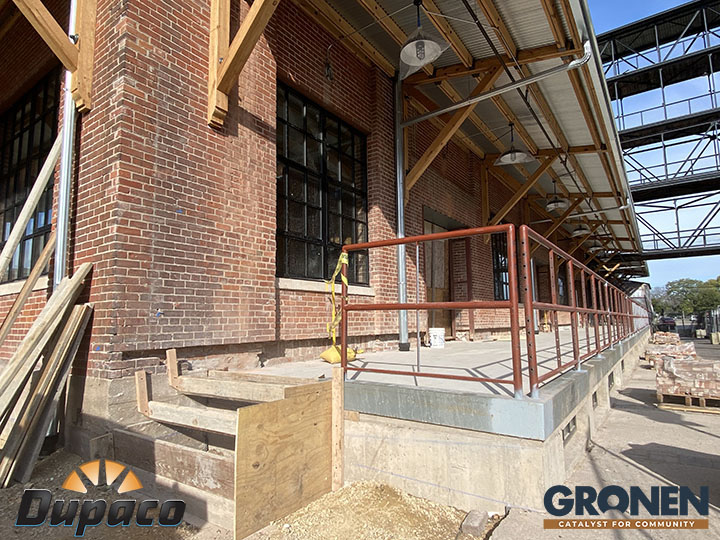