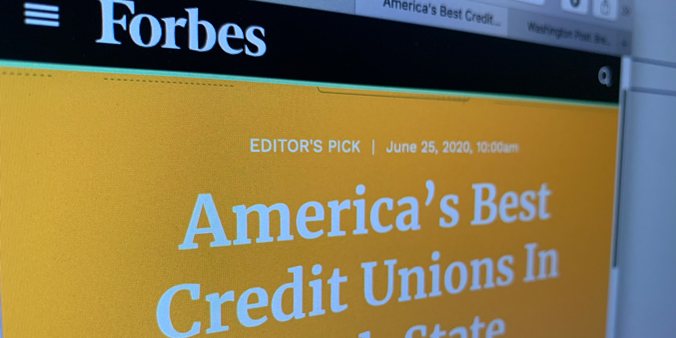 For the third year in a row, Forbes named Dupaco Community Credit Union one of the top credit unions in America.

For the third year in a row, Forbes named Dupaco Community Credit Union one of the top credit unions in America.

Forbes’ third annual Best-In-State Banks and Credit Unions looks at which financial institutions have the most satisfied consumers.

“This recognition simply reaffirms our staff consistently delivers on the Dupaco brand promise to improve each member’s financial position and uplift the communities we serve,” said Dupaco President and CEO Joe Hearn.

Banks and credit unions were rated on overall recommendations and satisfaction, as well as:

Of the more than 5,200 credit unions nationwide, just 3.5% were recognized in Forbes’ June 25 report. Only institutions receiving the highest ratings, including three credit unions in Iowa, were awarded the title “Best-In-State.”

Nationwide financial institutions with branches in at least 15 states were excluded from the final rankings, Forbes said.

On a scale of one to five, banking institutions averaged 4.2, with credit unions averaging 4.5, according to the report.

“Members-only credit unions typically have lower fees and offer better interest rates than traditional banks, and the nonprofit model where the members are the owners puts the customer first, resulting in higher levels of satisfaction,” the Forbes report said.

Thanks to Dupaco's MoneyMatch program, a single mother of two has traded her cramped apartment for the first home she’s ever owned. See how.

Monté Autry caught the cooking bug early and dreamed of preparing meals for others. Dupaco believed in his dream to become a caterer.