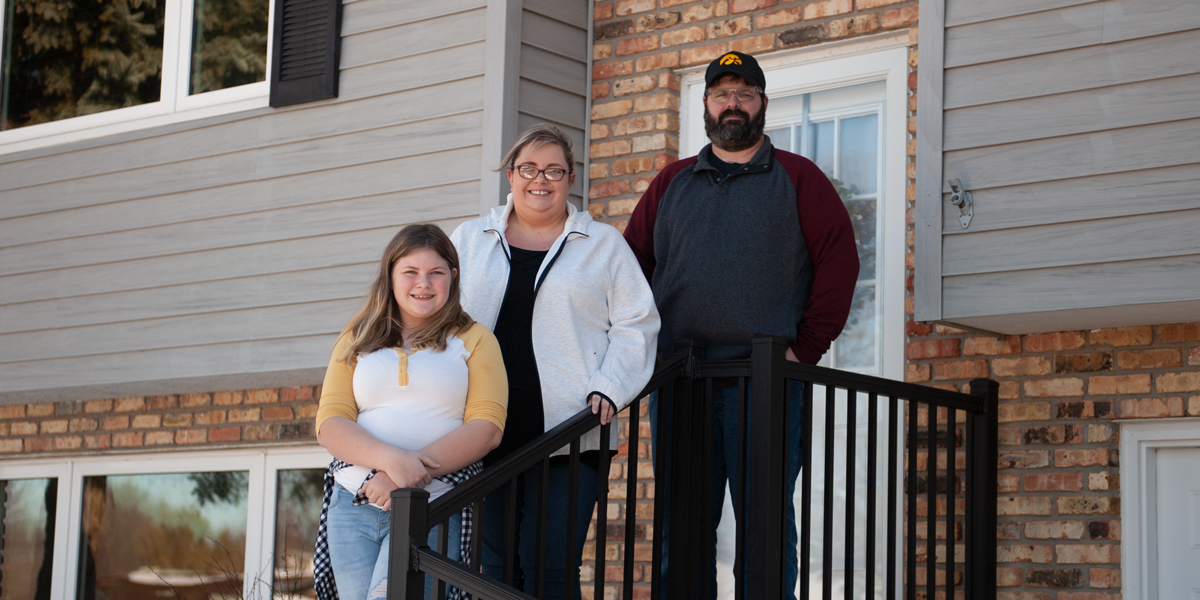 DUBUQUE, Iowa—After years of renting, Stephanie and Jason Bergfeld finally had a solid game plan to buy their first house.

The Dubuque couple began working with Dupaco Community Credit Union to build their credit to eventually be approved for a home loan.

“It was the first time we had been told, ‘We can see you getting into a house in the next year or two,’” Stephanie said.

And the pandemic threatened everything they had worked toward.

Stephanie’s workplace temporarily shut down, leaving her unemployed and discouraged about what that meant for homeownership.

The Bergfelds immediately called Dupaco’s Laura Donner, who was guiding them on their financial journey. Donner delivered some unexpected good news.

The couple had Payment Protection on a personal loan that was helping them consolidate debt and build their credit scores. The protection would cover their loan payments while Stephanie was out of work.

“We were so relieved that we had that protection,” Stephanie said.

‘I’m really proud of them’

Dupaco helped its members in other ways too. The financial cooperative provided loan-payment deferrals, fee waivers on loan and deposit accounts, and insurance-payment relief.

Government unemployment benefits also expanded at that time. For the Bergfelds, this provided an opportunity to pay down their debt even sooner to prepare for homeownership.

They put Stephanie’s enhanced unemployment benefits toward their loan while their Payment Protection was already making their payments.

“I’m really proud of them, because they’ve worked really hard to get here,” Donner said. “They used their tools and resources to continue to work toward getting their house. And they worked their hardest to keep on that path when life happened.”

A home of their own

By September, the Bergfelds had made even more progress toward their loan-repayment and credit-building efforts.

They decided to apply for a home loan. But they were fully prepared to be turned away. The couple had previously applied—and been turned down—a handful of times over the years at their previous bank.

Their hard work had paid off, though. And after years of renting, they were ready to own a home of their own.

“We were preapproved, and that was truly an awesome day,” Stephanie said.

Ready to buy a home of your own? Let’s get started!

The Bergfelds bought their house in late October.

For the first time, they’ve been able to decorate their teenage daughter’s bedroom. They joke about notifying their landlord when something happens at the house. They love their neighborhood—and their family’s first home.

“Dupaco has done more for us in the last 15 months than our previous bank did for us in 17 years,” Stephanie said. “I wish we would have switched sooner. It’s been an awesome experience for us.”