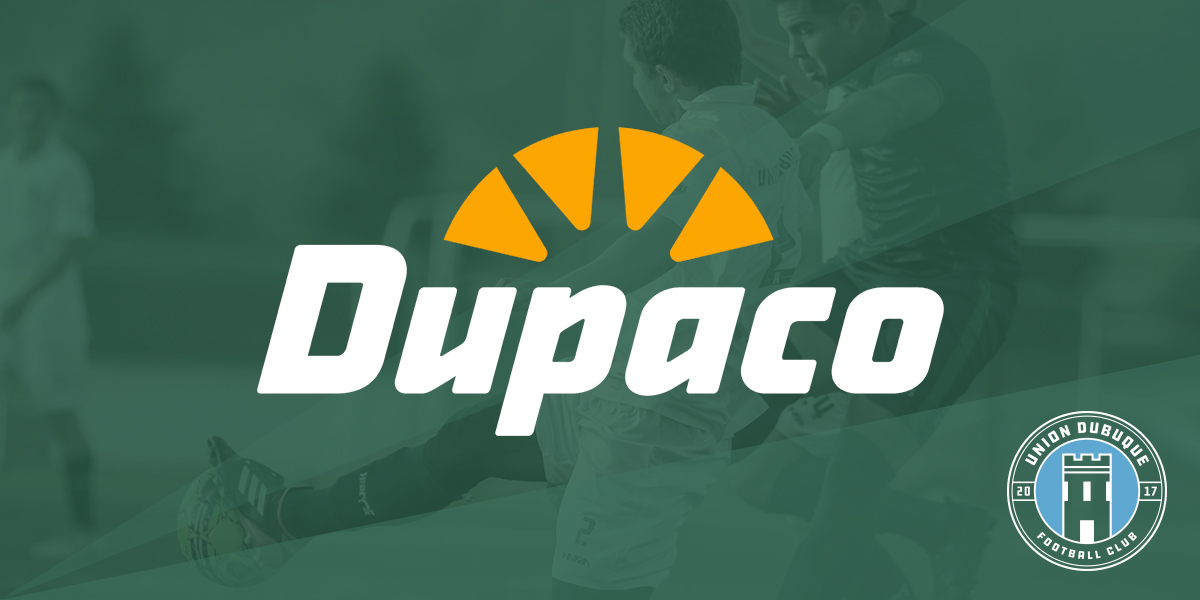 Dubuque, IA – Union Dubuque F.C. and Dupaco Community Credit Union are delighted to announce an agreement to extend the successful partnership that began in 2018.

As with last year, Dupaco will continue to be prominently featured on the front of Union’s home and away jerseys, as well as on game days at Rock Bowl Stadium and digitally through web presence and social media.

Dupaco Chief Marketing Officer Dave Klavitter said the continued partnership will appeal to the increasing number of soccer fans in the credit union’s growing membership. “Dupaco connects members from across its community,” said Klavitter. “In that same way, soccer is a game with a vast appeal that connects people from all walks of life and around the world. Union proved in their first season that it’s no different here in the tri-state area.”

One of the hallmark features of the partnership is a special discount for all Dupaco members. Fans need only to show their Dupaco credit or debit card at the gate to receive 20% off admission. Dupaco members also receive a 10% discount on Union Dubuque gear. Both ticket and gear discounts are available online and apply to season memberships as well. For more information on the Dupaco member discount, visit dupaco.com/events.

Club president Cliff Conrad expressed delight with the extension, saying “Dupaco has been an excellent partner, and we couldn’t be happier to be working with them again. We’ve learned throughout the last year that we have very similar goals, and working with such a high-class organization is perfect for Union Dubuque.”

Next up for Union Dubuque and Dupaco will be collaborating on a new, custom set of uniforms (or “kits,” as they’re called in the soccer world), which will be released at the end of the season in preparation for 2020.