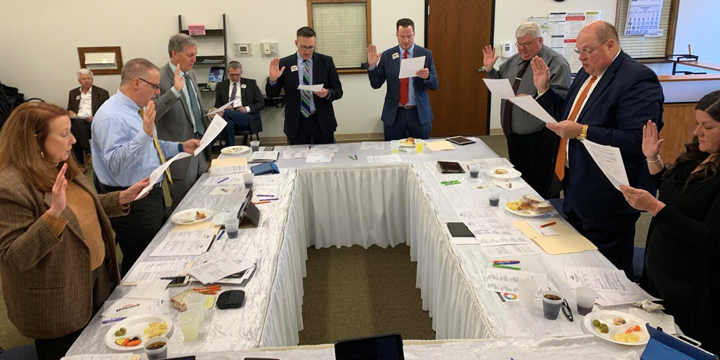 Following the 70th Annual Meeting of the Membership on Feb. 24 at the Peosta (Iowa) Community Centre, the Dupaco board of directors take their annual oath of office. During the meeting, members re-elected Steve Chapman, Renee Poppe and Ron Meyers. (D. Klavitter/Dupaco photo)

More: How are banks and credit unions different?

Following the membership meeting, the board of directors held its re-organizational meeting, at which these officer appointments were made:

These directors were appointed to committee chair positions:

As a member-owned, democratically-controlled cooperative, all Dupaco members have an equal say in their credit union. Each member has one vote, no matter how much money she or he has in deposits or loans at Dupaco.

More: Meet our board members