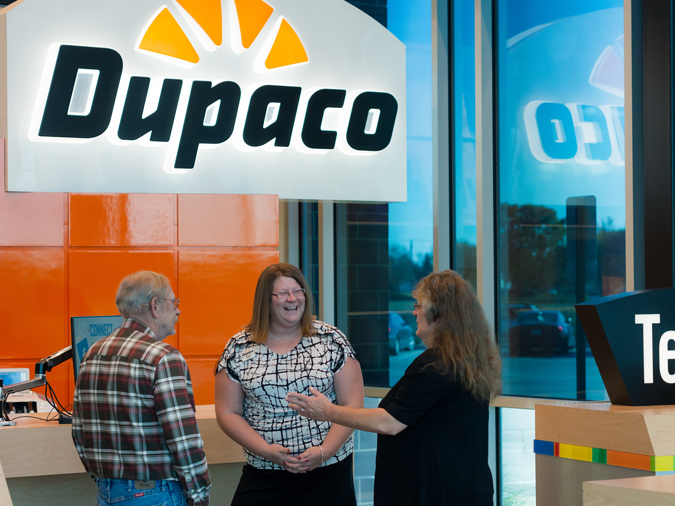 Every two years, the Olin couple’s bank required them to refinance their adjustable-rate home loan.

This made it difficult to budget for their mortgage payment and forced them to pay thousands of dollars in closing costs each time.

“At that rate, we were never going to pay the loan off,” Donna said.

Something had to give.

Donna reached out to Dupaco Community Credit Union. She wondered whether the financial cooperative could provide them with financial relief—just as the credit union had done for her sister, Linda Jackson, earlier this year.

The Stonekings met with Dupaco’s Jacki Clasen. And they were blown away by her solution. Clasen’s plan not only set them up with a more sustainable home loan and mortgage payment, but also provided them with the financing they needed to maintain their house for years to come. 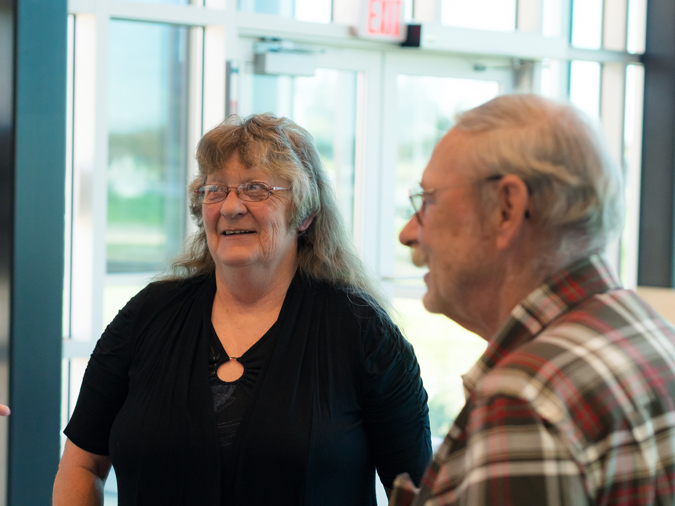 Clasen reviewed the Stonekings’ finances and suggested refinancing their mortgage into a Dupaco Mini-Mortgage. The loan is ideal for those who want to pay off their home loan within 10 years.

Doing so eliminated several years of mortgage payments and saved the couple more than $49,000 in interest.

The Mini-Mortgage also eliminated the need to refinance every two years.

“It was amazing,” Donna said. “I knew we would save some money, but I didn’t realize it would be that much.”

Dave’s credit score had dropped after he suffered a heart attack and was unable to work.

The couple explained their predicament to Clasen, who said Dupaco could help.

The credit union opened a home equity line of credit for the Stonekings. This provided them with the financing they had long been waiting for to replace the rest of their roof and buy a new furnace for this winter.

“They’re friendly and seem like they’re out to take care of you. They’re helping us get the house fixed up, which is all we wanted to do in the first place,” Dave said. “The bank was trying to hold us back from ever getting the house paid off.”

Before working with Dupaco, the couple feared they would eventually have to sell their house, because they wouldn’t be able to afford the repairs it needed. But because of their experience with the credit union, the couple said they can continue turning their house into their home.

They can also rely on their new financial home in Dupaco.

“They were so easy to work with and understanding of our situation,” Donna said. “I’ve never had a financial bend over backwards for you to help you out, and Dupaco did that. It takes a big burden off my shoulders.”

Read More about Home equity loan or line of credit: Which is right for you?

After years of renting, the Bergfelds finally had a solid game plan to buy their first house. Then COVID-19 arrived. Here’s their story.