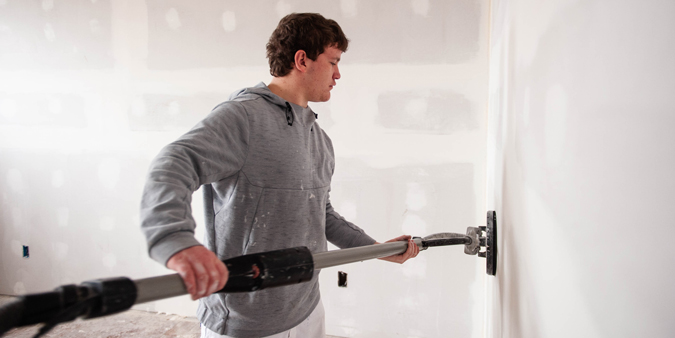 And while the health issues eventually subsided, school never came easy for Shawn. Especially math. And he was set up with an Individualized Education Program to try to meet his learning needs.

Through it all, Shawn worked hard. His teachers always said as much. But he was still struggling—both academically and socially.

“By his first semester of his sophomore year, he became very discouraged. And I became scared he would drop out of school,” said his mom, Shelly Klinkhammer, of Dubuque. “We knew he was never going to go on to college. But he needed to develop some kind of skillset to make him employable for the future.”

What happened next, Shawn’s family believes, was nothing short of a miracle.

‘This program has opened up doors for his future’

The Klinkhammers learned about the Housing Education and Rehabilitation Training Program. It teaches trade skills, through hands-on revitalization projects, to students who are at risk of dropping out of high school.

And through a partnership between HEART, Dupaco Community Credit Union and the Dupaco R.W. Hoefer Foundation, participants gain access to financial education, a stipend for their work, a Dupaco savings account and matched funds to use toward career equipment or a certificate or degree program.

Shawn applied and was accepted into the program.

Almost instantly, Shelly’s need to regularly touch base with her son’s teachers dissipated. Shawn started developing friendships. His homework became more manageable. And during his time at job sites, he discovered that he liked working with his hands.

“I never thought I would do construction work. But I developed something I really like to do, something I’m really passionate about,” he said. “When you paint a room by yourself, you can look back and think, ‘I did that myself.’ It’s satisfying.”

After two years in the HEART program, Shawn graduated and earned his diploma in January.

Along the way, he saved and will receive matching funds from the Foundation that can be put toward his future endeavors.

“For me as a parent, this program has opened up doors for his future that may have never been possible,” Shelly said. “I still thank God every day that he was one of the kids that got into this program.”