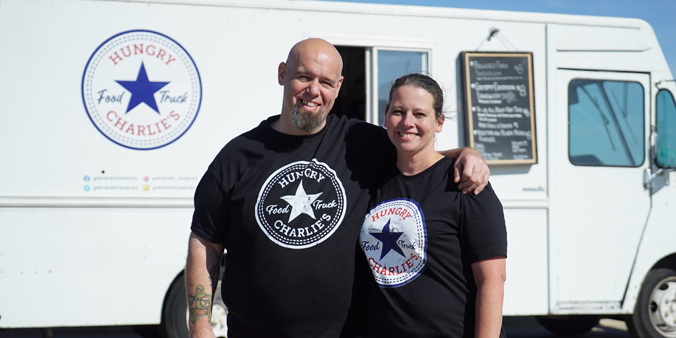 WATERLOO, Iowa—Daniel Corbett and Katy Vandyke-Corbett like to joke that if you ever want to test your marriage, work in a 130-degree closet with your spouse.

It’s how they spend many of their working hours. And the Waterloo couple wouldn’t have it any other way.

Making good on a longtime dream, they opened a food truck, Hungry Charlie’s, over a year ago.

Both have spent many years in food services. They even met while working at a restaurant.

And the opportunity finally felt right for them to start a business of their own.

“We’ve learned how to work really well together. We’re so much more efficient than we were even a year ago,” Corbett said. “I really do love it and enjoy having the freedom to choose the events I do and the food I serve. It’s been rewarding.”

There was a time when the couple didn’t think they could reach dreams like this.

Corbett first came to Dupaco after hearing stories of other members who had bettered their financial well-being. He wondered whether the financial cooperative could also help his blended family of seven.

They stuck to the plan and kept building on each small win.

“It’s really been life-changing for us to be members,” Corbett said. “We’re in a great spot because people took time out of their day to help us.”

In time, they became first-time homeowners. They purchased an investment home. And they realized their business dreams just might be within reach too.

“I felt like I had joined a club that I was never going to belong to,” Vandyke-Corbett said.

Free business coaching can help you start your business 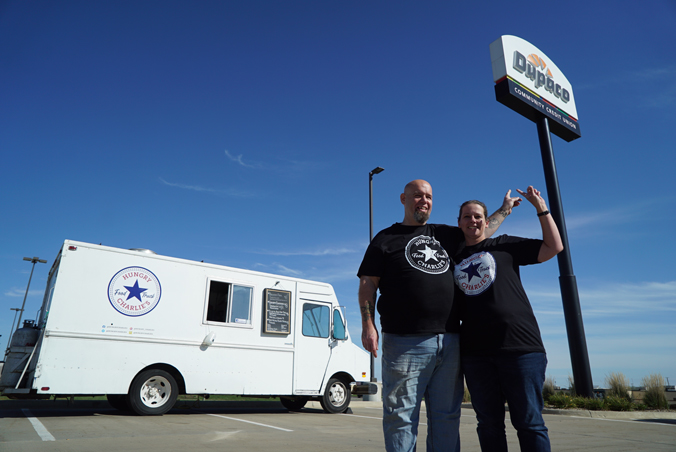 And now they’re using their food truck to pay it forward and help others. They served free lunches to kids learning at home during the pandemic. They provided Thanksgiving meals to women and children living in a shelter.

And they’ve mentored others along the way.

“We really believe in the community,” Vandyke-Corbett said. “And I think we’re only as strong as our weakest member.”

Hey, Dupaco members! Whether you’d like to start or grow a business, you now have access to free business coaching. Get the details.

Read More about Members: Can free business coaching help you?