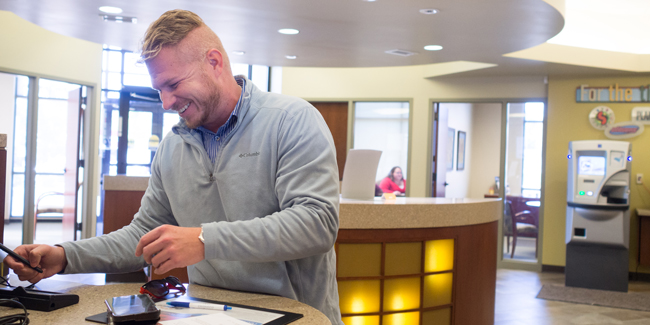 Store checkout lines should be moving a little faster these days.

Signatures also are being abandoned because they’re no longer necessary to combat card fraud. EMV chip cards and other technologies, such as tokenization and biometrics, offer the best security for cardholders during in-store transactions, Bemboom says.

But until last month, the signature requirement for in-store purchases was in place for merchants, unless a cardholder’s four-digit PIN was used.

Merchants can now choose if they want to collect a signature, and some might still ask for it.

“If a merchant asks for a signature, the cardholder should comply,” Bemboom says. “The experience will vary from merchant to merchant.”

So, what happens with that signature strip on the back of your card?

“If a card is not signed, a merchant has the right to refuse it,” Bemboom says.